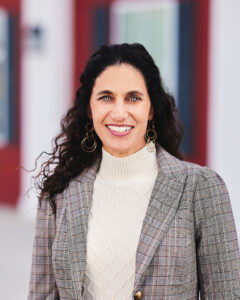 Mrs. Hope Carrasquilla is a long-time resident of Tallahassee and most recently served as an administrator at Christ Classical Academy. After graduating from FSU with a degree in education, she taught for several years, and then took a short break to raise her three sons with her husband, Victor. After returning to the classroom and following her introduction to classical education, Mrs. Carrasquilla received her Master’s in Educational Leadership from the American College of Education. With 27 years of teaching experience in a variety of settings and 10 years of classical education experience, Mrs. Carrasquilla brings a wealth of knowledge and passion for our school’s mission. In her role as Dean, she enjoys working alongside teachers, administration, and families to help foster a culture of learning focused on the good, the beautiful and the true. She is excited to help shape the hearts and minds of the young scholars at Tallahassee Classical School for the sake of making our community and country a better place. She has been the Dean of curriculum and Instruction at TCS this past school year. 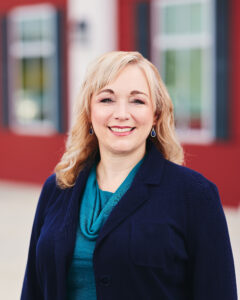 Mrs. Michelle Stringer classically homeschooled her children for a period of five years. She was involved in Classical Conversations and Veritas Home School Cooperative, where she taught preschoolers for two years while homeschooling her children. Mrs. Stringer holds a Bachelor of Science Degree in Business Marketing from the University of North Florida in Jacksonville, FL. She has experience working as an Administrative Assistant for various churches and as the Internal Marketing & Communications Assistant at the Jacksonville Symphony Orchestra. She also was in the community raising awareness about the orchestra and was able to participate in the operational day-to-day running of this non-profit. Mrs. Stringer also has experience traveling abroad teaching English as a Second Language (ESL) and enjoys learning about other cultures.
She has been married to Scott for 17 years and has four sons that attend TCS. Her driving force is her desire to see the next generation be life-long learners that know how to think, reason, and be virtuous citizens. It is an honor for her to be a part of the classical charter movement in the Tallahassee area making it available for all families in Leon County and surrounding counties. She has been apart of TCS since the opening in 2019. 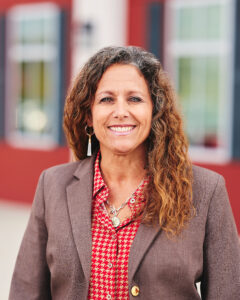 Mrs. Wynn has a BS in Elementary Education from Liberty University and an MS in Educational Administration/ Leadership from Florida State University. Her former positions include Preschool Director, Elementary Principal, MS/HS Assistant Principal and Parent Relations Director at area schools. She has been married to Roger Wynn, Tallahassee native and they have two sons, a daughter-in-law and grandson who all live in Tallahassee. Mrs. Wynn and her family are active in a local church. She authored a children’s book, The Giraffe on the Moon. 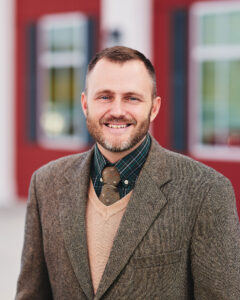 Mr. Hinkle has worked with children since his youth, starting out as a counselor in training at a summer camp at the age of 15, and progressing to junior and senior counselor before beginning his college career. The institution from which Mr. Hinkle obtained his Bachelor's degree was Thomas More College of Liberal Arts. After college, Mr. Hinkle was invited by TMC to serve as a proctor and substitute teacher at their collegiate summer program. He had also been advised to pursue graduate studies, and he did so at a highly recommended and long-lived university that traced its founding back to 1425—the Katholieke Universiteit Leuven, in Belgium. It was there that he obtained his Licentiate (M.A.) in Philosophy.

Mr. Hinkle's professional teaching career began at the college level, where he taught an introductory course in Ethics (Moral Philosophy) as an adjunct professor for two years. He then took a position as a full-time teacher at Sacred Heart School, in Hampton, New Hampshire, where he was a junior high instructor of religion for two years, teaching both the Old and New Testament, as well as catechism to 6th, 7th and 8th graders. While there, he struck up a conversation with Mason Classical Academy in Naples, Florida. Mr. Hinkle initially took a staff factotum position, but was asked to take over as a 4th grade teacher after the loss of two instructors. After five years of successfully teaching 4th grade, Mr. Hinkle accepted an offer to direct student services, overseeing all exceptional student education, as well as response to interventions for K-12 students. Likewise, he also taught the moral philosophy class to juniors for three semesters, and the senior thesis class for one semester. For three years, Mr. Hinkle worked to ensure the success of students with exceptionalities, while the Academy continued to perform as an “A” school, and the number 1 school in the district. In the winter of 2022, Mr. Hinkle began a dialogue with Tallahassee Classical and, finding their mission and purpose very much in alignment with his ideals, as well as his family’s domestic aims, he accepted the offer to serve as the Dean of Scholars, and subsequently as the Dean of Upper School.

Mr. Hinkle believes that a child’s education is not merely a practice, but a unique path to the good life, the life we are all meant to live. He believes that knowledge is a living, breathing thing—it either thrives and grows, or stagnates and dies. Its pursuit must be a conscious choice—an act of prudence, which is rooted in the truth. It is his hope that he can share with TCS students a love of learning that proceeds from wonder, that esteems beauty, that thirsts for truth, and that abides in goodness. 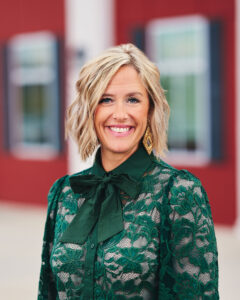 I graduated from Florida State University with an MS in Higher Education Administration and
the University of South Florida with a BA in Communication. I homeschooled my two children
for seven years using the classical model of education before enrolling them at TCS in the fall of
2020. My background includes a diverse experience working with college students, graduate
students, and college administrators both in school administration and in financial counseling
and education. I also have worked in sales and bookkeeping for the past ten years. I firmly
believe in the classical approach to learning and I am honored to be a part of Tallahassee
Classical School. 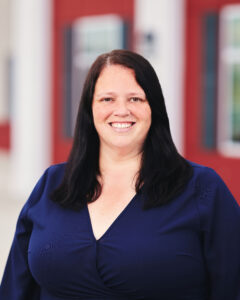 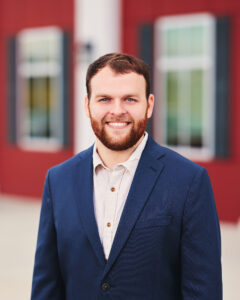 Craig Hampton was born and raised in Leesburg, Florida where he graduated from Leesburg High School in 2014. He then moved to Tallahassee, Florida in 2014 for school, and where he eventually married his wife, Mattea Hampton in 2021. He earned his Associate of Science degree in Recreational Management and Sport Fitness from Tallahassee Community College in 2018. He also earned his Associate of Arts degree from Tallahassee Community College in 2022. Mr. Hampton joined the Tallahassee Classical School staff in November of 2021. Previous to his work as the Discipline Coordinator at Tallahassee Classical School, Mr. Hampton also has experience working for various churches beginning in 2018 as a Children’s Pastor. He enjoys spending his free time with his wife, family, and fishing. 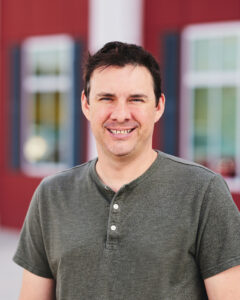 Born in Birmingham, AL in 1978
Graduated from Hoover High School
Graduated from Oregon State University with a B.S. as a Natural Resource Specialist
Began working as a garage janitor at 7
Started a tiny lawn service at 11

Met wife Evelyn Tilley in Alaska, moved from Boulder to Seattle where we were married and started our family with Merle and Milo Tilley. I also learned about real traffic there.
Moved to Tallahassee in 2018 and opened Tallahassee Classical School

Interests: Alabama football (I earned it in the 80's and 90's Roll Tide), sci-fi and fantasy books, playing at woodworking, video games, animals, hiding from the sun, remembering naps, and challenging myself to learn new things. 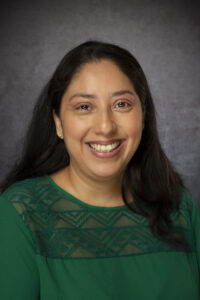 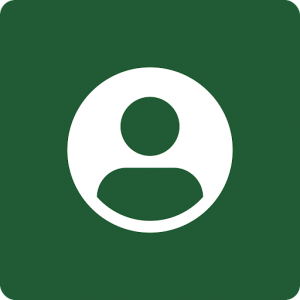 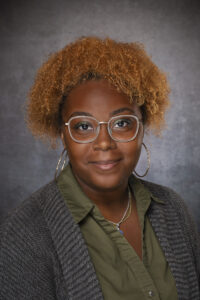 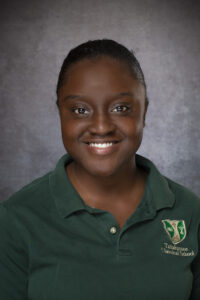 If you are already a current parent or scholar then you do not need to sign up as you already receive our weekly newsletter.

No person shall, on the basis of race, color, religion, gender, age, marital status, disability, political or religious beliefs, national or ethnic origin, or sexual orientation be excluded from participation in, be denied the benefits of, or be subjected to discrimination under any education program or activity, or in any employment conditions or practices conducted by this School, except as provided by law.